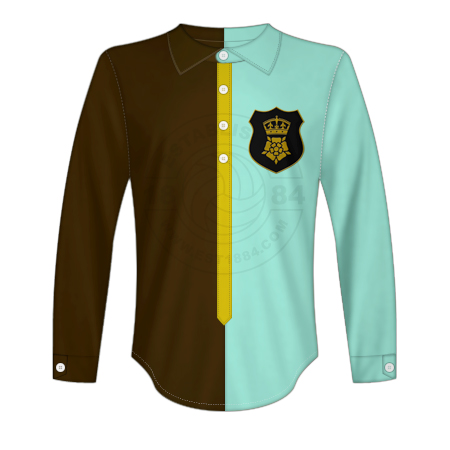 1884 – Derby County Football Club was established under the umbrella of the County Cricket Club.  It is well documented that the newly formed football club, known briefly as Derbyshire County, had adopted the colours of their founders, the Cricket Club’s colours, being chocolate, amber and blue.  However, on the opening match away at Great Lever, the local Bolton newspaper, The Football Field, reported that ‘The attire of the Derbyshire men was a change.  Brown on one side and green on other, with a connecting trimming of gold from the neck to the waist’.  This contradicts the modern shades of blue associated to the cricket club, however it is possible that the shade of green referenced in the article was in fact Cambridge blue which is arguably similar to green.  To date the Football Field article that we found is the only known match report from the opening game to contain the colours worn.  The image was re-created using the earliest known team photo of the Rams.  The badge depicted on the shirt is the Derbyshire representative badge and was worn only by a handful of the players.  The Derby Mercury 30th April 1884, informs the reader of the Derbyshire County Cricket Club having a fundraising event prior to the formation of DCFC, the article points out the new DCCC club colours are Cambridge blue, Chocolate and pale yellow (see below). 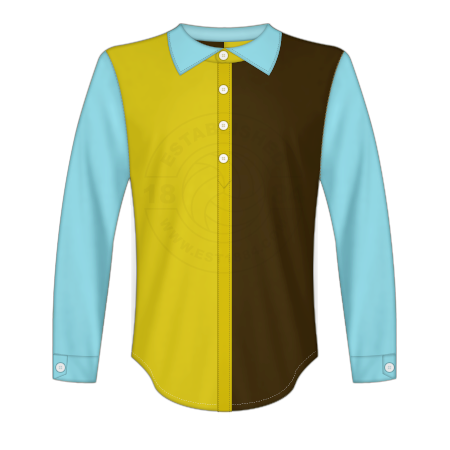 1887 – According to the Eddowes’s Shrewsbury Journal November 2nd 1887, Derby County appeared in their new colours.  The new colours are unstated within the article, however on the 29th October 1887 The Derbyshire Times informs its readers that when the Rams take on Preston North End at the Racecourse they will be sporting the new kit made up of ‘chocolate and amber body with blue sleeves; the eleven should also sport new white pants’.  The team photo from this period matches the style described.   The colour scheme was used during the first few seasons of the newly formed Football League. 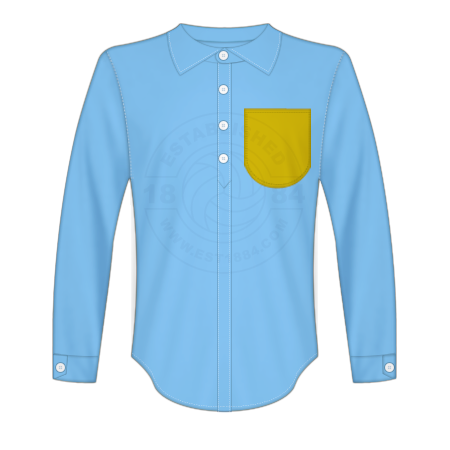 1889 – Whilst the colour scheme of chocolate, amber and blue did not change, the kit style changed dramatically.  The Sheffield Evening Telegraph September 16th 1889 edition highlights that the Derby County team ‘now play in blue shirts, with amber patch and chocolate pants’.  The kit was only worn for one season.

1890 – For the first time since the club was formed the connection with the cricket club colour scheme was discarded.  The Rams opted for a kit consisting of a blue body, cardinal sleeves and black pants.  Match reports for this season are difficult to source relating to the colour scheme, however, the 8th September 1890 edition of The Sheffield Daily Telegraph states that Derby played against Blackburn using the mentioned kit.  In addition to the registered colours being listed in several newspapers of the day, the football league handbook also identifies the blue, red and black kit as Derby County’s choice of colours. 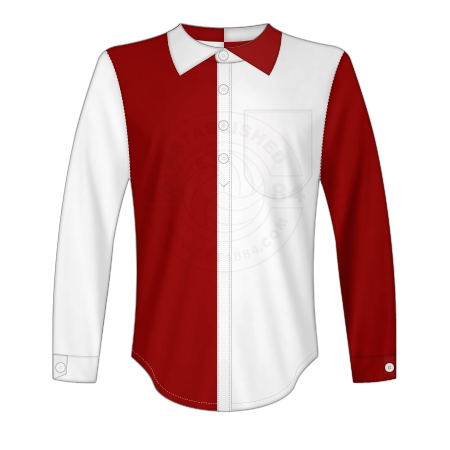 1891/95 – According to the Athletic News Annual, Derby County would sport red and white quartered shirts with black pants from 1891 to 1895.  “The Wyvern” newspaper in its 9th February 1894 edition offered its readers a large postcard style print of the 1893/94 team sporting the mentioned kit style.

Relics of the Rams by Andy Ellis